Millions of dollars are spent every year on cancer research
The Bad News: Hundreds of millions of dollars are spent every year on cancer research. But unfortunately for those afflicted with Cartel Health this dreaded disease-research is largely centered upon finding new, exotic (and expensive) treatments. The last thing the health care industry as a whole wants is a cure, because if a cancer cure were known, it would collapse a $200 Billion industry.The World Health Organization ranks the U.S. at number 37 out of 40 nations for quality of health care for its population. Americans continue to spend tons of money for wellness care. In recent years, health care spending jumped some 6.9% ($1.99 trillion) from about $1.86 trillion in previous years. Over $200 billion was spent in pharmacy sales, which in today’s world, amounts to nearly 16% of the U.S. Gross Domestic Product (GDP)!
The health care community exercises tremendous power
The health care community exercises tremendous power over doctors and consumers. For the most part, clinical research is aimed toward treatment, and it is a thriving business, one that thrives off the illnesses of an unsuspecting public. This fear-mongering approach to health care actually encourages people to wait until they become sick before seeking medical advice. And what advice are you given-“We need to start you on chemotherapy (or radiation treatments) immediately!
Modern medicine lacks any interest in the cause of cancer because it thrives-in fact it depends-on the overall ignorance of the population. But what you don’t know-will hurt you! The machine that drives modern medicine is a relentless search for new, more costly drugs and other treatment options. There is no silver bullet cure for cancer…modern medicine says. They are blinded by the glitter of gold.
Capsules and liquids that are pumped into the human body 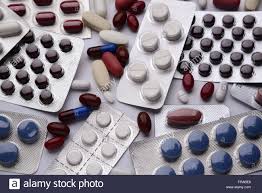 The Good News: The dim light now becoming visible to many people is becoming a bit brighter when caring physicians step forward in defiance of the drug cartels. No…I’m not speaking of the Latin American drug lords; these are the drug cartels who produce today’s plethora of tablets, capsules and liquids that are pumped into the human body in the name of health care. But a mere handful of physicians are putting patient care above profit.